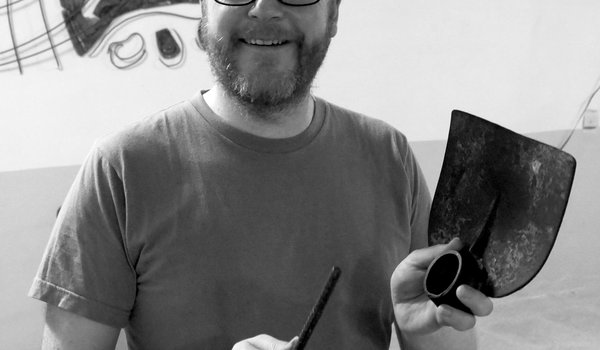 Simon Blackmore makes performative sculptures and installations using sound and custom-made technology, he has received numerous commissions and exhibited in galleries Internationally. His interest in live interaction with machines has led him to develop a rhythmic computer interface and spend the last few years studying Afrocuban and Flamenco music in Cuba and Spain.

In 2006 he was nominated for the Becks Futures Prize, he was artist in residence in Universidad de Los Andes, Bogota, Colombia in 2007, and in 2008 he was awarded the Berwick Gymnasium Fellowship. In 2013 his work was presented in a solo show at Aldrich Contemporary Art Museum, Ridgefield, USA.

He is also a founding member of the art group Owl Project, known for their distinctive range of wooden musical and sculptural instruments. In 2012 their project ~Flow was launched in Newcastle and attracted over 50,000 visitors. Owl project have performed and exhibited internationally. He is currently doing a PhD in at Oxford Brookes investigating computer interaction through rhythm and sound.